Kujawsko-Pomorski Agricultural Advisory Centre implemented programmes aimed at the vocational re-orientation of farmers and their family members in 2008. In 2014 KPODR in  Minikowo in conjunction with the international cooperation programme began creating Care Farming project in Bory Tucholskie, based upon the Dutch experience. This was a bid to implement  the solutions which currently  function in Europe and to create a model for the  Kujawsko -Pomorski region. Care Farms in Bory Tucholskie constituted an experimental basis for the creation of additional solutions relating to the implementation of social farming in Poland.

the Conference “Care farming in Bory Tucholskie relative to the Dutch care farming experience” was held on the 10-11.12.2014 in Bladowo, near Tuchola. Representatives of the Dutch partner-DLG, Dutch experts, the Ministry of Agriculture and Rural Development, social welfare institutions, local government and local leaders were participated at the conference. 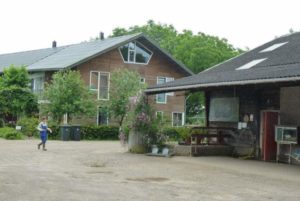 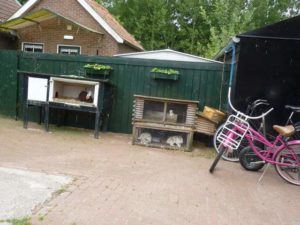 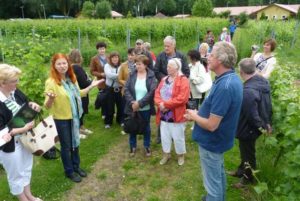 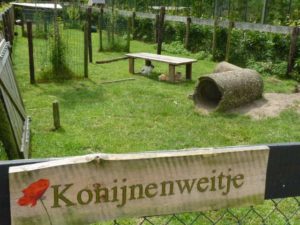 ‘t Paradijs
‘t Paradijs Caroline and IJsbrand Snoeij Target group: Old people, children, professional people who are burnt out Type of care: Day during the week and residential at the weekends Farm: Cattle, production of organic fruit and  vegetables. Income sources: 35% of income from agricultural activity and 65%  from Care activity END_OF_DOCUMENT_TOKEN_TO_BE_REPLACED
Czytaj więcej 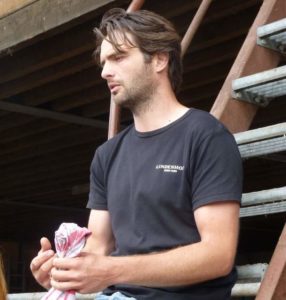 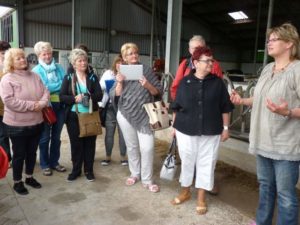 Summary of the international cooperation activity

Polish society is aging because of this there is a greater need to take care of the elderly. The number of the elderly people is still growing. These people need not only a place where they will feel safe but also different ways of passing their time. There is still a strong cross-generational bond in the countryside. The young often take care of the elderly, their grandparents, and close family members who live together on the same farm. The pace of life in the city has had a negative impact on family life and seen a decline in the provision of care for  elderly family members by other members of the family.

At the same time it is in the countryside, where many farm inhabitants can no longer make a living from agriculture, that new areas for the labour market are being looked  for. In such  situations Care Farms can provide a solution to this ongoing crisis given that they are ideally located  in  rural areas. Care Farms present an opportunity to develop  agro-tourist farms, operated those who want to care for others and are sensitive to their needs.

Our farmers have  graduated  from a training course in day-care for the elderly and the disabled.

In the “NEW JOB – NEW OPPORTUNITY” project  was aimed at  farmers and the  inhabitants of the villages of Kuiavia and Pomerania. The program was implemented as part of the Human Resources Operating Program designed to assist  agro-tourism farm owners. They recognised the opportunities inherent  in providing care services. In order to acquire these skills, (which are formally accredited) the farmers graduated from a course  in day-care for the elderly and the disabled  which was financed by the program. The course lasted two hundred hours and consisted of both theoretical and practical (a minimum 100 hours). The practical training took place at the Wysoka Social Nursing Home (in the Tuchola district). They had the opportunity to see for themselves the specifics of care work and had direct contact with the pensioners. From this  direct experience they could see whether this type of work, caring for the elderly and the disabled was what they really wanted to do.

The origins of Care Farming in the province of  Kujawsko-Pomorskie.

Kujawsko-Pomorski Ośrodek Doradztwa Rolniczego  began preparing  to take the necessary steps to set up Care Farms in our district already in 2012. They saw it as an opportunity to solve the high rural unemployment in the area  whilst also catering to the needs of  the elderly. They organized numerous meetings at various levels,  and hosted two conferences which involved the owners of  agro-tourism farms, representatives of various institutions and organizations,  and  inhabitants of the Tuchola district.

The KPODR implemented a few projects offering vocational training for farmers in relation to setting up a Care Farming scheme. Since such a scheme was not in operation at the time in Poland it was they contacted the  DLG Government Service for Land and Water Management in Holland and asked if they were willing to help set up a Care Farming scheme in Poland . The KPODR also submitted a request to the Office of the Marschal to officially sanction it as a multinational project.

Consent was given and a course of action was agreed. They commenced work at the end of April 2014. They contacted local Polish institutions which would help set up Care Farms in the Tuchola district. Making use of the Dutch experience they developed a localised concept for setting up the Care Farms  in the Tuchola district. Experiences, ideas,  and information were exchanged between local institutions, organizations, and the farmers (who would be running the Care Farms). The concept  took account of both existing  Europe practice and Polish  legal provisions and resulted in the development of a model for the Bory Tucholskie region.

In May 2014  Dutch expert Kees Manintveld came to Poland. He conducted two workshops during his visit to Bory Tucholskie. He instructed the farmers who had graduated the course in day-care for the elderly and the disabled.  He gave general guidelines concerning the operating of Care Farms in the Netherlands. During the workshops he dealt with  issues connected to the  aging of  society and the Polish social welfare system. He also visited some of the  farms taking part in the project.

Polish farmers get to know how Dutch Care Farms operate.

Those who wanted to enroll their farms into the Care Farm project took part in a study visit in June 2014 to the Netherlands in order to get to know various models of Care Farm. There were accompanied by representatives of local institutions, leaders and specialists, officials who could help set up Care Farms in the Kujawsko-Pomorskie region.

During the visit they visited some Care Farms. They were familiarized with the way they were run and their day to day functioning. They could talk directly to the owners and pensioners staying on the Care Farms- each one of which had a different function. The visit to the Dutch farms helped with developing an  image of how they could function in Poland. They were also able to consider which particular group they would like to cater to.

During his next visit to Poland Kees Manintveld together with experts and  people from local institutions visited the farms in the region which wanted to become Care Farms. The IPUGO  plan was created together with the farmers and  included guidelines for individual farms.

In addition there were two days workshops and meetings of the working group which investigated a variety of  issues (legal, financial etc.) related to the Care Farms in Bory Tucholskie.

As a  result Care Farms with be set up in Bory Tucholskie and work  intensively in order to play host to the first clients. At the moment two families have declared that they wish to provide help for children and have signed up for the course for foster families. One farm has already hosted children as non-professional family.

The results of the actions implemented following international input have at developed a local character – a group of farmers assessed their current situation and the possible opportunity for development linked to  providing care services. They have begun to implement their plans. Probably there will be a lot of changes. However, these issues are of great importance since they relate to  people who need support and the need to find new care solutions. When we started the project we thought we would act only for the elderly but it appeared that in the Netherlands Care Farms can be addressed to the different target groups  which exist in Poland. At present the  Care Farm planning models depend on legal regulations which are constantly in the process of being updated both locally and nationally. Further possibilities for  development are connected to the new financial perspective of Union Funding which can find with the assessment of need for such services.

One thing has not changed – the greatest value of a Care Farm is its contact with a natural environment and the hosts’ caring attitude towards the clients.